The Trapper® T-Rex Rat Trap  is a state-of-the-art mechanical trap that offers superior rat capture. Patented interlocking teeth make rat escape virtually impossible. With T-Rex you'll get the perfect combination of trigger sensitivity and trap velocity – speed and responsiveness that ensure a successful and deadly capture. Easy to set and safer to use than traditional snap traps, the T-Rex can be placed directly in a Protecta Rat Bait Station, or tied to pipes or beams that rats may use as highways. A bait cup in the center of the trigger pedal makes it easy to add baits including Bell's new Provoke Rat Attractant.

Its removable bait cup can be withdrawn, filled with an attractant and re-inserted without having the trap set.

-Placed alone or in pairs back-to-back along rat pathways.

-Wired above ground to pipes or rafters.

-For additional security or to prevent non-target exposure to children, pets or wildlife, place inside one of Bell's rat-sized tamper-resistant bait stations, designed to accommodate T-Rex:

This product has a minimum quantity of 12 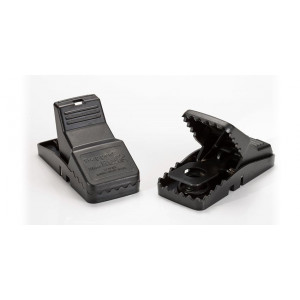 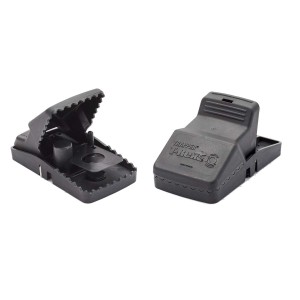